Published in the Calgary Sun

This is how you know the folks at Eagle Ranch Resort in Invermere, B.C., are serious about their just-launched caddie program …

They ordered the uniforms from Augusta, Ga., a place that requires no introduction in the golf world.

“When those arrived, it was a very exciting day. That’s when it all started to feel a lot more real,” said Quinn Vilneff, the inaugural caddiemaster at Eagle Ranch. “And they’re beautiful. You think of the white Augusta National jumpers, the white coveralls … Well, that’s what we do when it’s 25C or lower.

“It really just adds this nice touch. And what we’ve done actually is we’ve ordered name bars. If you hire a forecaddie for your group, the back of my bib will say ‘Eagle Ranch.’ The cool thing, though, is if you hire an individual walking caddie or let’s say a husband and wife hire a walking caddie for a double bag, we have these customizable name bars and we will actually put your last name on my back.

“When we show up on the range or on the first tee, depending on how early you arrive for the tee time, it will say your last name on my back. I think that really, really is a cool, unique aspect to the program.”

Far as we know, there are only two public-access resorts in Canada with an in-house caddie program.

One is a bucket-lister along the coast of Cape Breton. The newest is in B.C.’s Columbia Valley, long a favourite weekend escape for Calgarians.

Eagle Ranch introduced the service earlier this summer. Options include a forecaddie — a lone looper accompanies a group of cart-riding golfers — or an individual sidekick who will carry your sticks as you stroll the fairways.

“Everyone who has taken a caddie so far, they’ve all loved it,” Vilneff said. 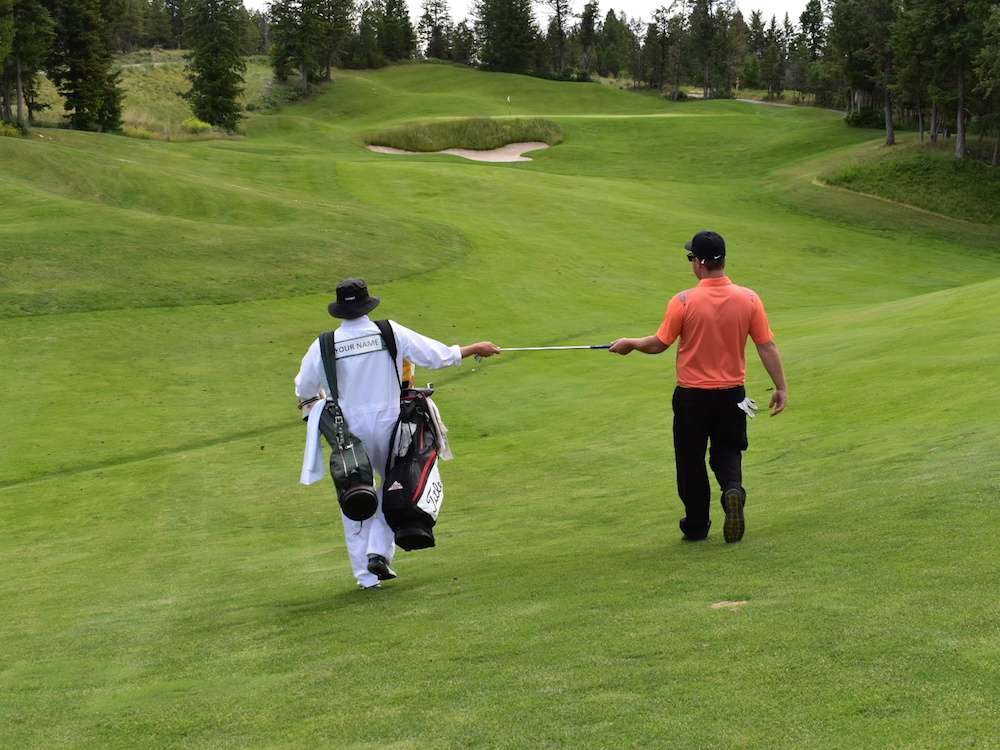 SCOREGolf Magazine released its latest listing of Canada’s Top 59 Public Courses last week, a reminder of the top-notch quality of golf in the Invermere area, about a three-hour drive from Calgary on the opposite side of the Canadian Rockies.

Greywolf, the jaw-dropper at Panorama, climbed to fifth in the rankings. The Point Course at Copper Point checked in at No. 30, while Eagle Ranch was No. 35.

The scenic layout — and stunning lake view from the clubhouse patio — at Eagle Ranch was already plenty appealing.

Vilneff, who chased birdies at the NCAA Division I level, briefly played as a professional and later carried clubs for former PGA Tour winner Spencer Levin on what is now the Korn Ferry Tour, is confident the caddie program only adds to the attraction.

He stressed that the experience doesn’t have to be serious.

If you figure three-footers are gimmes, no problem.

In addition to reading putts, raking bunkers and offering yardage and advice on each shot, this is also an extra set of arms to wave down the beverage cart.

“You look at this valley, and there are almost a dozen courses within 30 minutes. So just to be able to offer something unique in this area alone is pretty exciting,” Vilneff said. “And I could see other clubs following suit if this were to be something that takes off, and I really believe it will.

“I mean, what is more fun on the golf course than playing better golf than you would expect to on a normal day? Not much. Maybe I’m weird, but it is a pretty fun day when I shoot a few better than I have normally been shooting. And that is partially what we’re there for. To have somebody who knows all the little things about the blind tee shots or that you should stick to this side for a better angle or this putt is a little quicker than it looks, all those things … That really helps you play better golf.

“And it’s someone else that believes you can hit this shot, and that can go a long way, too. To be able to talk through a shot and have someone say, ‘You got this,’ that gives you a little bit of a morale boost. We’re there to just support and make the whole day better.” 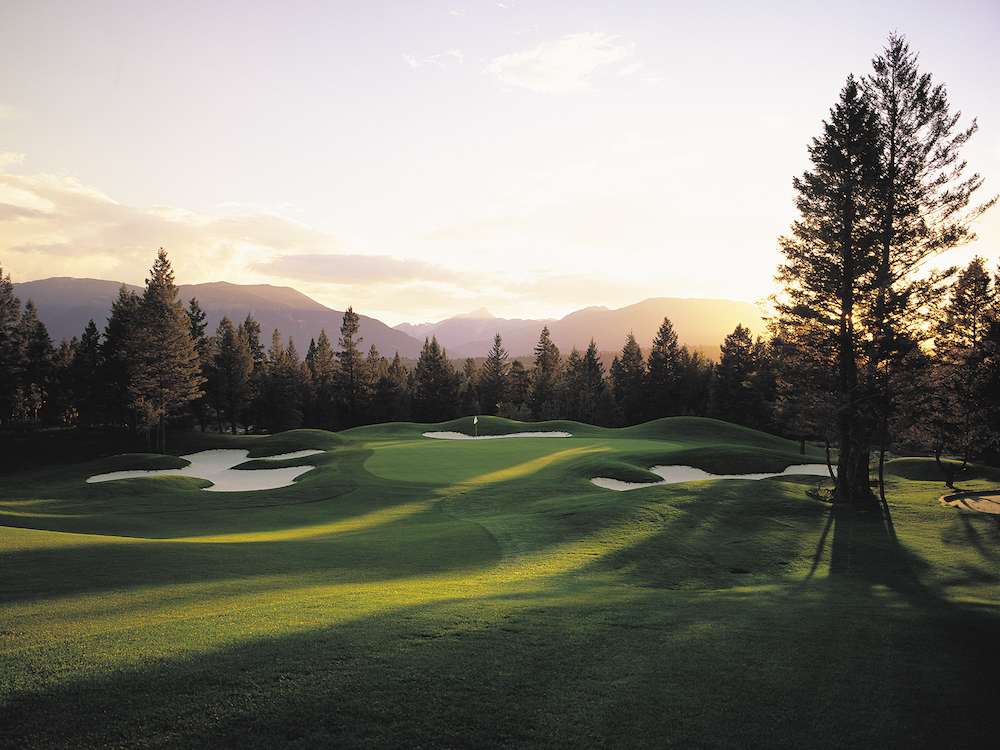 Likely not, but your caddie — thanks to that shipment of get-ups from Augusta — will look the part.

“We got the goods. We did it right as far as uniforms go,” Vilneff said. “And we’ve taken our time to make sure that we’re hiring the proper individuals and then taking the time to train them properly, too.”

Get the latest resort information